From St. George, ride the Staten Island Railroad to the end of the line and you’re only a short walk from the southernmost point in New York State, at the mouth of the Arthur Kill. The name of the waterway stirs the imagination, but its Dutch origins are benign. Achter kill means back river or channel, in reference to its location at the “back” of Staten Island. Intriguingly, the route was carved out by an ancestral iteration of the Hudson River. Glacial activity altered the course to its current position, but the vestigial strait remained, isolating a sneaker-shaped land mass. Staten Island was born.

A stone’s throw from the so-called “south pole” of New York State, there’s an impressive bit of Revolutionary War history known as The Conference House. The name refers to a peace conference held there on September 11, 1776 between British commander Lord Howe and representatives of the Continental Congress, Benjamin Franklin and John Adams among them. Over the course of the three hour meeting, Howe urged the men to put aside their little rebellion. (They declined to do so.)

True to its contrarian nature even in revolutionary times, the borough was a loyalist stronghold, warmly greeting British troops upon their arrival. Hundreds of islanders enlisted in the British army as the conflict escalated. George Washington himself called the Staten Islanders “our most inveterate enemies.” John Adams was less generous, labeling them “an ignorant, cowardly pack of scoundrels, whose numbers are small, and their spirit less.” 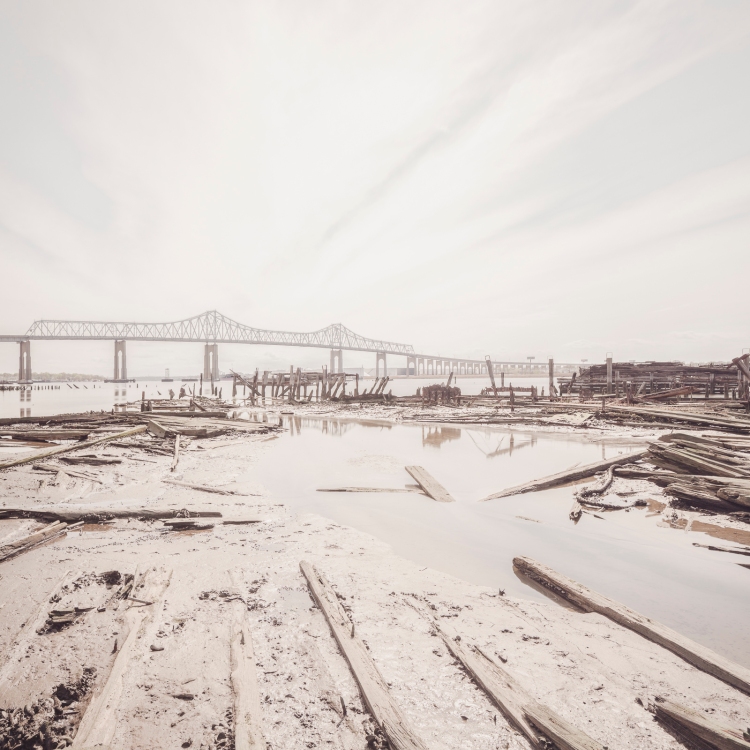 Low tide in the Arthur Kill reveals the remains of wooden ships. 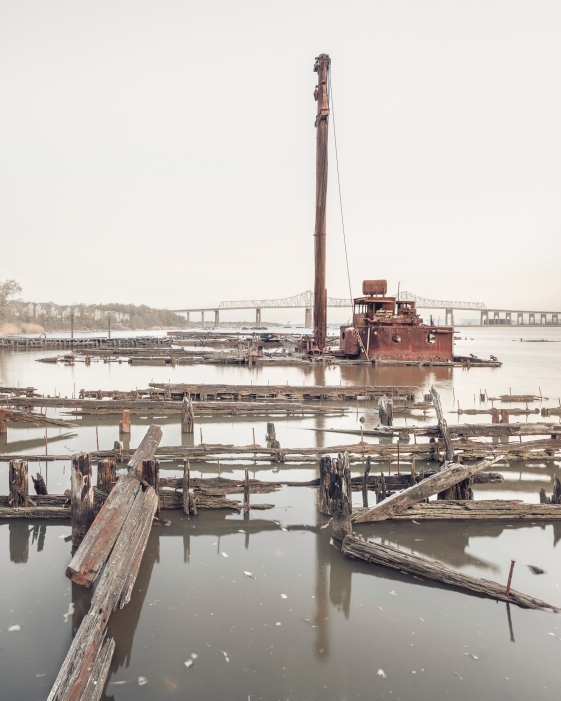 The borough is home to several lesser-known “boat graveyards” in addition to the famous Rossville salvage yard.

Tracing the Arthur Kill past the quaint historic houses of Tottenville, we enter into wilder territory and arrive at the base of Outerbridge Crossing, which spans the Arthur Kill between Charleston, SI and Perth Amboy, NJ. New Yorkers could be forgiven for assuming the name refers to its status as the most remote bridge in New York City, but it’s actually named for Eugenius Harvey Outerbridge, the first chairman of the Port Authority of New York and a resident of the borough. “Outerbridge Bridge” wouldn’t do, so they deemed it a “Crossing.”

Wandering these regions can be treacherous if you don’t plan ahead. As the tide ebbs and flows, open shoreline gives way to mud and water, leaving you with no way out but the head-high reeds of the marsh. In nesting season, geese are liable to attack (speaking from experience here). But for those willing to brave the wilderness, there are rewards. The fabric of the city dissolves on the outermost edges of Staten Island, and the ground is a layer cake of archaeological finds. 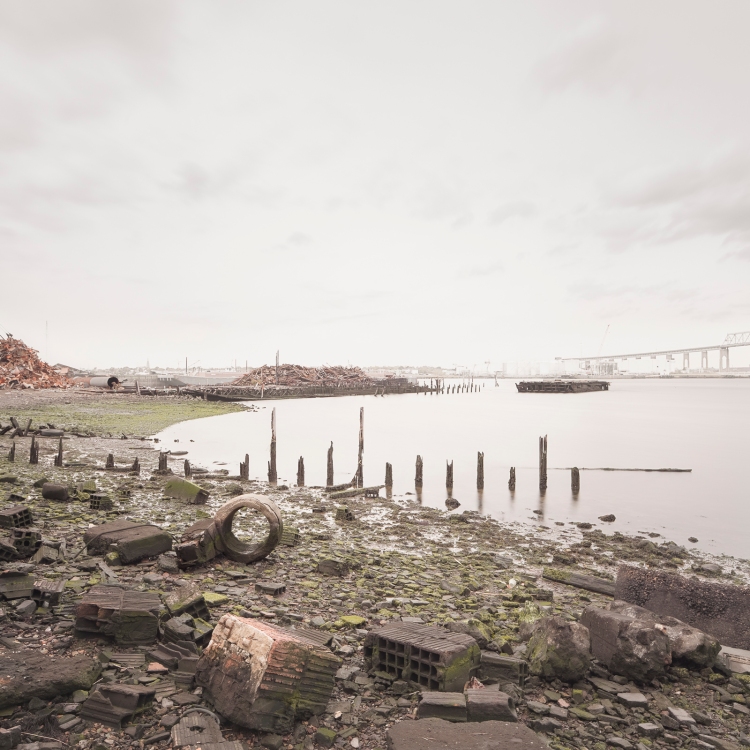 The remains of the Atlantic Terra Cotta Company factory line the shores of the Arthur Kill at the end of Ellis Street.

One area of interest at the foot of Ellis Street marks the site of The Atlantic Terra Cotta Company, which made colorful architectural ornaments for many notable city buildings, including the Flatiron and the Woolworth. It closed down in the 1940s and was demolished soon after, but much of the old factory is still there in the form of rubble.  Enterprising beachcombers can still find Atlantic Terra Cotta tiles if they hunt long enough. (The old adage “leave no stone unturned” applies here, as many of the most intricate pieces are one-sided.) I managed to find a beautiful acorn-themed tile with an ATLANTIC stamp, but plain bricks were more readily available.

Many of them are inscribed with the names of long-gone manufacturers, resembling fragments of time-worn tombstones. Thanks to these markings and a devoted online community of brick collectors, it’s a simple matter to pinpoint their origins. The “RICHMOND” and “ATLANTIC” bricks were made in Staten Island, but others trace their ancestry to Brooklyn or New Jersey. Some are from much farther afield—“RELIANCE” Bricks hail from Texas; “MO REX” from a town called Mexico, Missouri. How all of them ended up here is a bit of a masonry mystery. 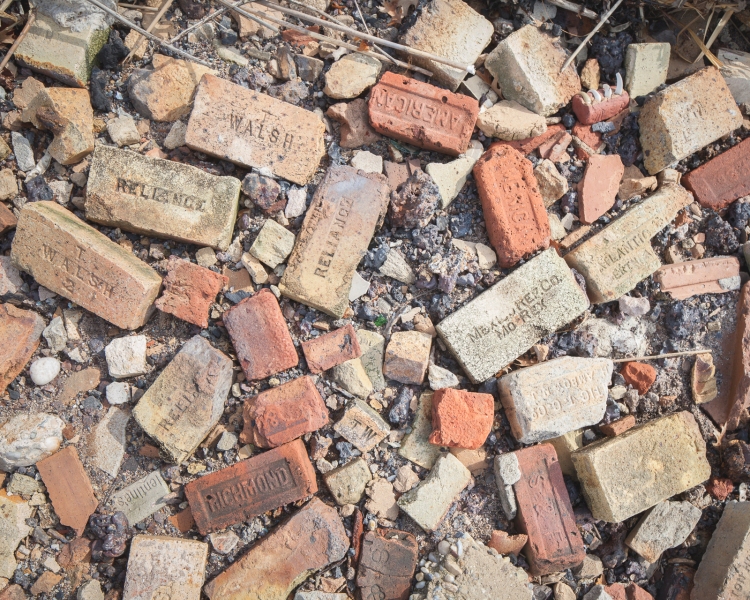 Manufacturer’s marks on the bricks point to a wide range of origins.

Just inland, marshes give way to roving woodlands that hold secrets of their own. If you look into any patch of untended forest, and many of the front yards, you’ll find a wealth of rusty relics of the one man’s treasure variety. While there isn’t much history to glean from them, they are fascinating to look at. A natural area known as Sharrot’s Shoreline was once filled with mountains of scrap metal and scores of abandoned cars. Only a few remain today after cleanup efforts by the city. What’s left is a serene nature reserve that would thrill most bird-watchers, though they might have a hard time finding a way in.

Nearby, a deserted graveyard of auto parts marked one of my most surprising finds to date. Chief among the relics was a group of corroded buses, apparently from the 1960’s. While the scene has an ancient air, the plot was the site of a multi-generational family business until quite recently, according to a neighbor who gave me a stern warning for trespassing on private property. (For that reason, I wouldn’t advise seeking them out for yourself.)

This has been the second installment of a series of posts on the edges of Staten Island. Next up, we’ll continue our trip down Arthur Kill Road, delving deeper into the history of Charleston and the “haunted” Kreischer Mansion.  See more photos from the project here. 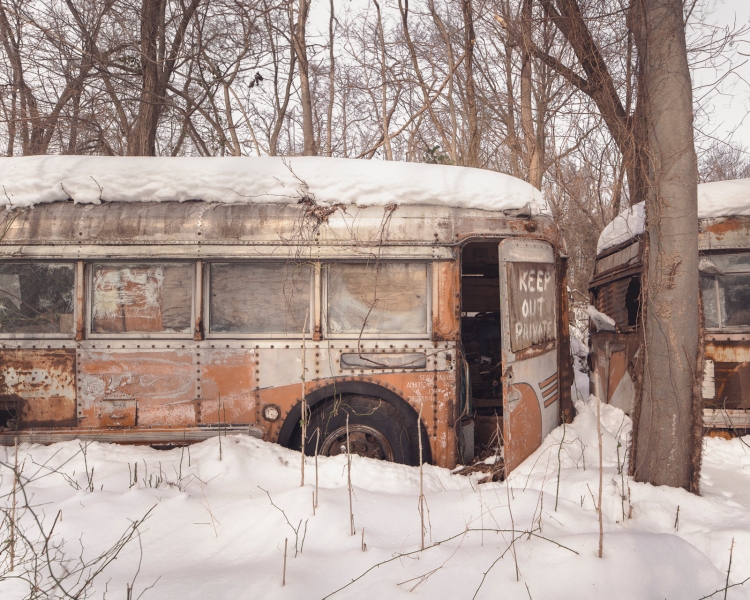 A foot of snow covers a “graveyard” of auto parts…

..pictured here in the fall. 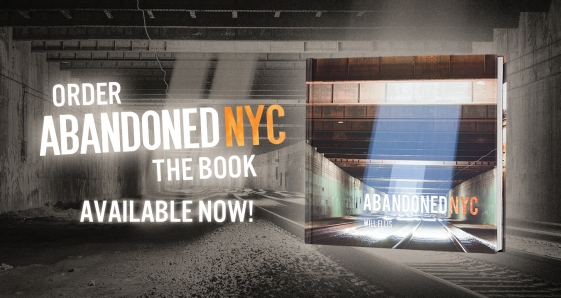 Get 10% off with discount code “ANYC”

9 thoughts on “Scouring the “South Pole” of New York”