When the Sutro Baths first opened to the public in 1896, the west side of San Francisco was a vast region of all-but-unpopulated sand dunes.  The sprawling natatorium was a pet project of Adolph Sutro, a wealthy entrepreneur and former mayor of San Francisco who became widely known as a populist over his illustrious career.  Before constructing his magnificent bathhouse at Land’s End, he opened the grounds of his personal estate to all San Franciscans.  Later, when transportation costs proved too high for many to reach his baths, he built a new railroad with a lower fare.

The Sutro Baths were the world’s largest indoor swimming establishment, with seven pools complete with high dives, slides, and trapezes, including one fresh water pond and 6 saltwater baths of varying temperatures with a combined capacity of 10,000 visitors.  The water was sourced directly from the Pacific Ocean during high tide, and pumped during low tide at a rate of 6,000 gallons per minute.  The monumental development also featured a 6,000-seat concert hall and a museum of curios from Sutro’s international travels. 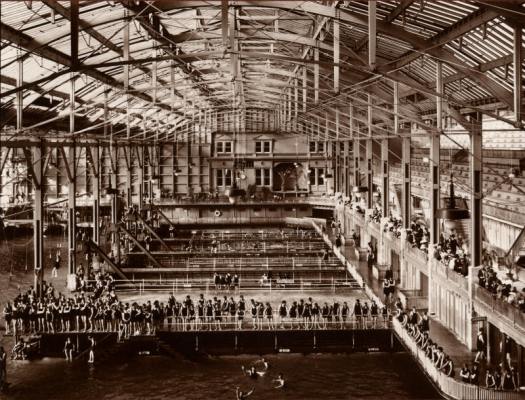 The Sutro Baths in their glory days.

What remains of the Baths today.

The Baths’ popularity declined with the Great Depression and the facility was converted to an ice skating rink in an attempt to attract a new generation of visitors.  Facing enormous maintenance costs, the Sutro Baths closed in the 1960s as plans were put in place for a residential development on the site.  Soon after demolition began, a catastrophic fire broke out, bringing what remained of the glass-encased bathhouse to the ground.  (There’s some suspicion that the fire was related to a hefty insurance policy on the structure, though it’s never been confirmed.)

The condo plans were scrapped and the concrete footprints of the Sutro Baths were left largely undisturbed.  In 1973, the site was included in the Golden Gate National Recreation Area, and the ruins were opened to the public for exploration.  This is not your typical park; as one sign warns, “people have been swept from the rocks and drowned.”

The highlight of any trip to the Sutro Baths is the cliffside tunnel.  Through a pair of apertures, visitors can watch waves collide on the rocks below as the unlit corridor fills with briny mist and the booming sounds of the sea.  In this spot, you might catch yourself believing vague rumors of hauntings that hang like a fog around the ruins of the Sutro Baths, or as some would have it, strange sightings of Lovecraftian demigods that lurk in its network of subterranean passages…

The cavern at Sutro Baths.

A misty opening reveals the teeming ocean below.

This pool was freshly inundated with sea water. 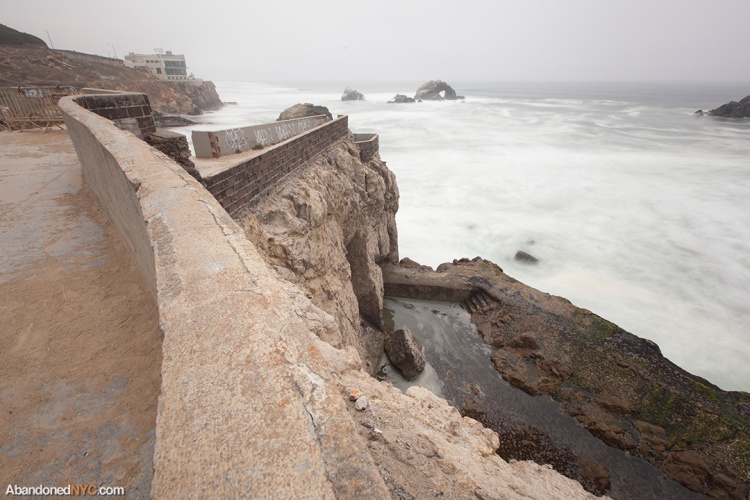 Stunning views of the foggy Pacific from a clifftop lookout. 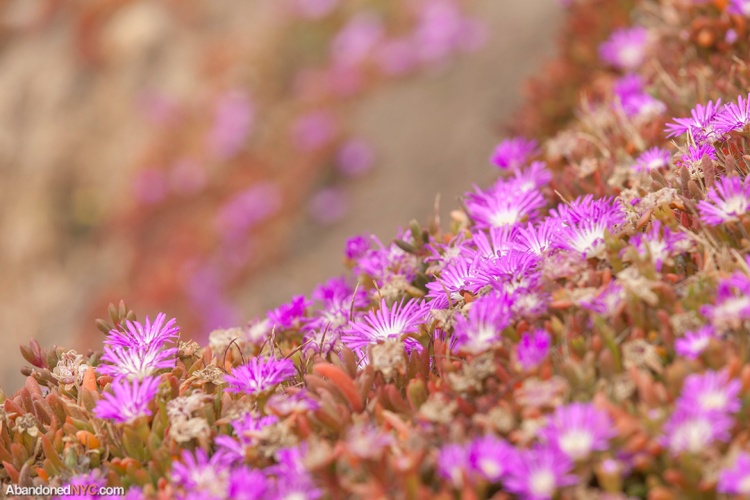