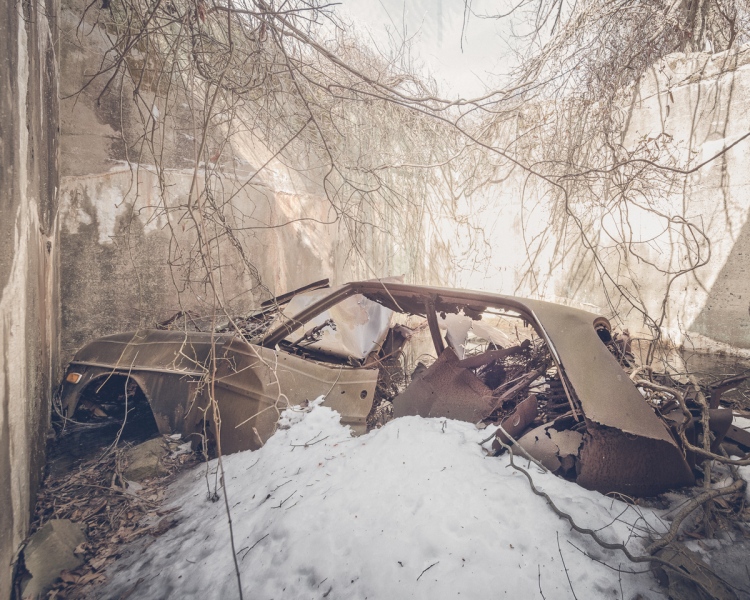 At a bend in Staten Island’s North Shore where the Arthur Kill gives way to the Kill van Kull, there’s a strange, desolate landscape that’s equal parts industrial wasteland and pristine wilderness.  Here, an array of factories and freight lines are enveloped by a network of streams, swamps, ponds, and salt marshes, with place names like “Howland Hook” and “Old Place Creek” that wouldn’t feel out of place in a pirate story.

Mariner’s Marsh makes up 107 acres of the area, buffering a dense residential neighborhood from the sprawling New York Container Terminal with a wide expanse of green. Having endured a brief period of industrial use followed by 75 years of abandonment, the resulting wilderness is characterized by the vine-covered relics of factories that thrived on the spot 100 years ago. Even the Parks Department’s official signage describes the landscape as “eerie.” But the text rightfully avoids its darkest chapter, when in 1976 the tragic final act of a forbidden teenage love affair played out among the ruins of Mariner’s Marsh.

A trail leads walkers under an old concrete structure.

The ruins date back to the early 20th century, when the land was occupied by the Milliken Brother’s Structural Iron Works.  Later, the foundry was converted to Downey’s Shipyard, which manufactured war ships, among other vessels.  The factories closed down in the 1940s and have sat abandoned to this day. Wood components of the buildings have completely rotted away, but concrete pylons, pits, and passages remain.  As the buildings deteriorated, the landscape transformed. Today, the former shipyard’s ten man-made basins function as reedy freshwater ponds. Elsewhere, the topography varies from pine and poplar forests to vine-gnarled swamps where wildlife and rare plants thrive. 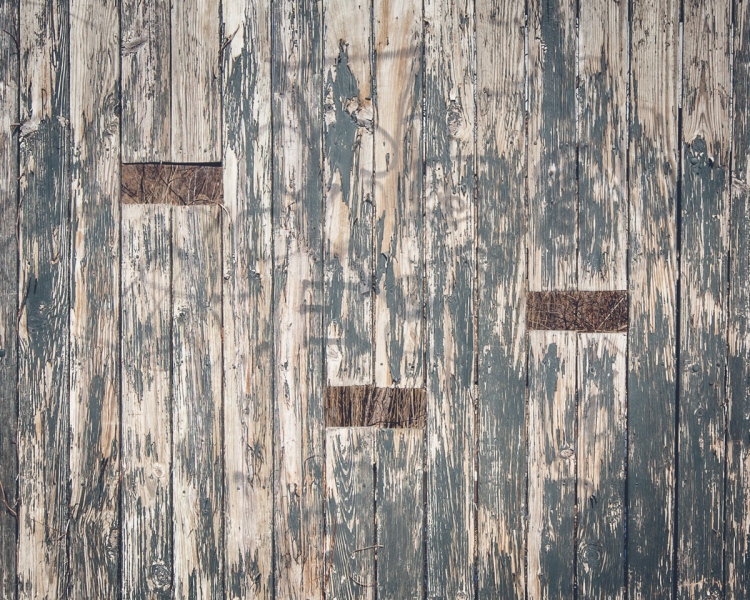 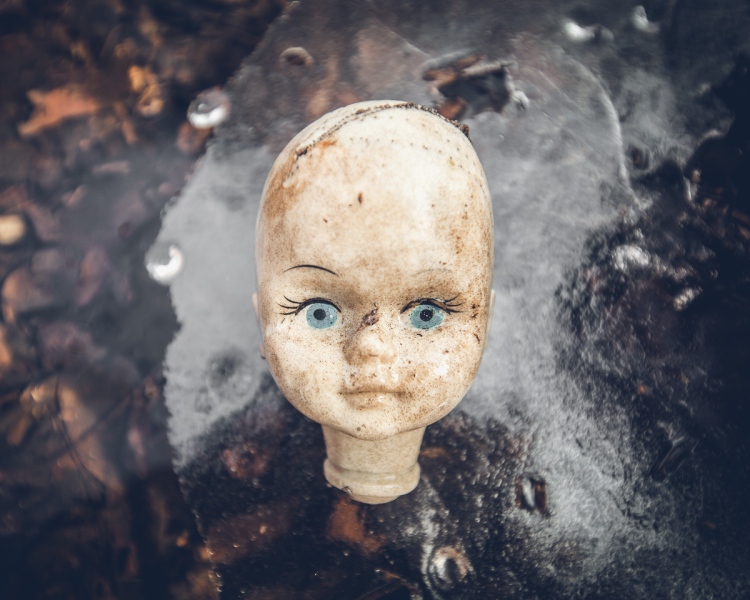 Mariner’s Marsh was acquired by the Parks Department in 1997, but it’s been “closed to the public during environmental investigation” for nearly a decade.  The investigation in question took place in 2006 under the direction of the EPA, which found that a small area of the park contained a high concentration of hazardous materials stemming from its industrial age. Though it appears that some work has been done on the spot, it’s not clear when the park will reopen.  In the meantime, warning signs haven’t stopped neighbors and dedicated bird watchers from enjoying it.  Trails are well-defined and the area is relatively free of garbage, despite the presence of some larger debris.  The east side of Downey Pond is dotted with abandoned hot rods from another era.

One of the park’s many abandoned cars.

An overturned vehicle marooned in a swamp east of Downey Pond.

Long before Staten Island’s industrial boom, the Lenape Indians camped here to take advantage of the nearby wetlands, where shellfish were plentiful.  Remnants of the wetlands are still visible across Forest Avenue in Arlington Marsh, which is home to some of the last stretches of healthy salt marsh in New York City.  Acquiring it was a major coup for the Parks Department, which plans to keep the 55 acres wild. Here, ghostly remnants of long-forgotten piers and burned out vessels seem oddly in sync with the tidal rhythms of the natural world. At low tide, a boat graveyard comes to the surface in an adjacent cove, where native cordgrass and mussel beds take root in the old hulls of 19th century sailing ships. 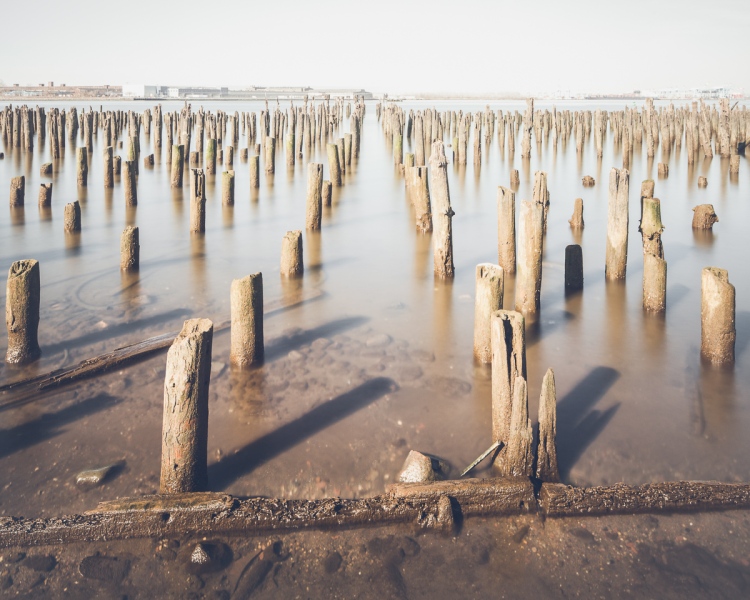 An expanse of pilings that once supported massive factory docks.

Oyster beds in the hull of a long-abandoned ship. 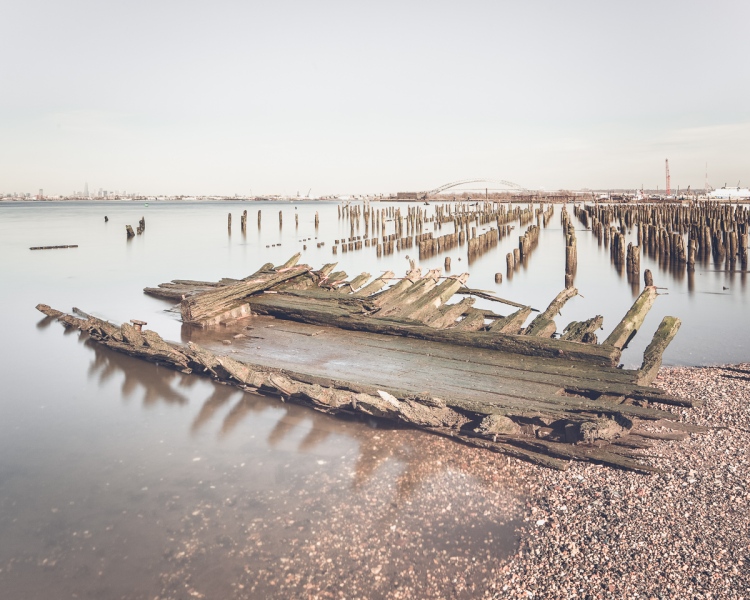 Fragment of a sailboat at Arlington Marsh.

This post would’ve ended there if I hadn’t come upon a mention of the 1976 murder of Susan Jacobson in connection with the area. Though the scene of the crime is never referred to as Mariner’s Marsh, the description is unmistakable in a New York Times article published in 2011, which begins:

“The 16-year-old boy had settled on a plan on how to kill his girlfriend. There was a blighted section on the north shore of Staten Island called Port Ivory, overgrown coastline facing the industrial banks of New Jersey. The land was pocked with holes leading to small underground rooms, like bunkers.

This abandoned lot was the last thing a 14-year-old girl named Susan Jacobson ever saw as she climbed down into one of those holes with her boyfriend, Dempsey Hawkins, on May 15, 1976. “ 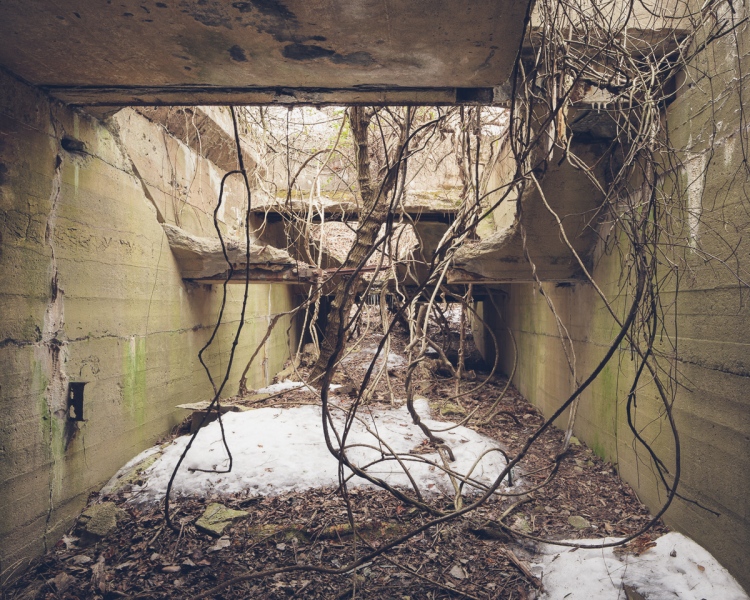 Ruins of a system of rails that closely match a description of the murder site.

Included in the article is a scan of a handwritten letter from Hawkins to the reporter in which he details an idyllic romance with Jacobson that ends abruptly following an abortion. In the final paragraph, he goes on, “In came 1976 and the insanity and the whole painful mess I am about to relate succinctly simply because it’s disturbing.  I strangled Susan and concealed her body in a metal barrel in a wooded area across from a Proctor and Gamble factory on Staten Island.”

Two years passed before her remains were discovered by a boy playing in the tunnels. He had assumed they were dog bones until a friend spotted Susan’s tennis shoes. Hawkins, now 55, was denied parole for the eighth time in 2012 despite a history of good behavior behind bars. Parole commissioners have repeatedly taken issue with what occurred immediately after the crime. On multiple occasions, Hawkins himself participated in search parties for the missing girl, knowing all the while precisely where the body was hidden.

Icicles stretch into the darkness of the tunnel as vines spiral toward the light.

An arched passageway near the scene of the crime.

An abandoned boat wades in a narrow cove between Calvert Vaux Park and the vacant lot.

It seems like every square inch of New York City has been categorized, labeled, and filled beyond capacity.  But if you know where to look on the fringes of the city, you can still find places without names.

On the waterfront of Gravesend, Brooklyn, such a place still stands. It’s an all but untraveled wedge of vacant land, nestled between aging marinas and the northern border of Calvert Vaux Park on Bay 44th St. It’s a place I can only call “the secret park,” but there’s no mention of it on the department’s website. In its place, the all-knowing Google maps shows only a dull gray transected by the mysterious Westshore Avenue, though no such road exists. 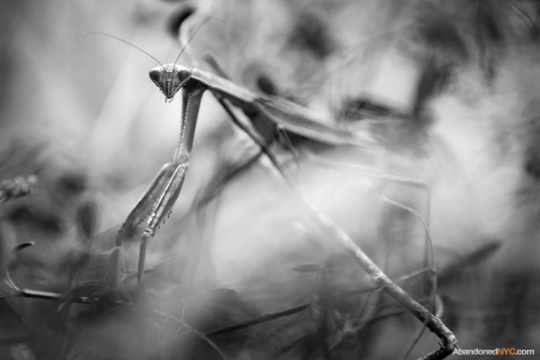 A praying mantis seeks refuge in the tall grasses of the secret park.

The small peninsula was born out of the construction of the Verrazano Bridge in the 1960s when excavated material from the project was deposited on the shore of Gravesend Bay. Most of the new land was incorporated into the existing Drier-Offerman Park, but for some reason, this small finger of land was left out of the plan. Through the 1970s, it served as an illegal junkyard, but by 1982, developers came forward with a plan to construct a seaside residential development at the site. Apparently, the project never came to fruition. The city of New York suggests environmental remediation as a condition for future development. 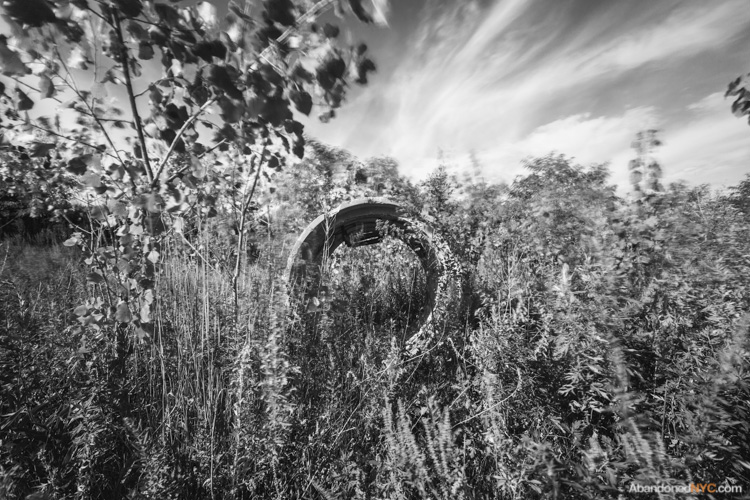 Concrete construction debris can be found throughout the lot.

The peninsula has few trees aside from these saplings.

The ruins of an old marina rot on the northern edge of the property.

Lush foliage thrives in a wooded section behind the baseball fields of Calvert Vaux Park.

On the north shore of the peninsula, decaying pilings show the outline of a former pier and odd construction debris lie scattered throughout the landscape. A family of squatters lives comfortably out of industrial containers near the lot’s entrance, where a handful of abandoned watercraft comes to the surface at low tide. Beer cans and fire pits point to recent nights of youthful revelry, but by daytime, fishermen flock to this desolate place to cast their lines into the muddy gray waters of Gravesend Bay. At the shoreline, a few minutes of rock flipping will fetch you dozens of small green crabs. On a recent visit, I was amazed to meet two hunter/gatherers harvesting these fruits of the sea by the bucket, though I wasn’t tempted to try one.

I’d wager that it won’t be long before the development potential of the site is realized, but for the time being, the unkempt wilds of the secret park offer a rustic alternative to the paved walkways and manicured lawns of our city parks. If you’re ever looking to live off the land in New York City, you’d be hard-pressed to find a more suitable spot to pitch a tent. 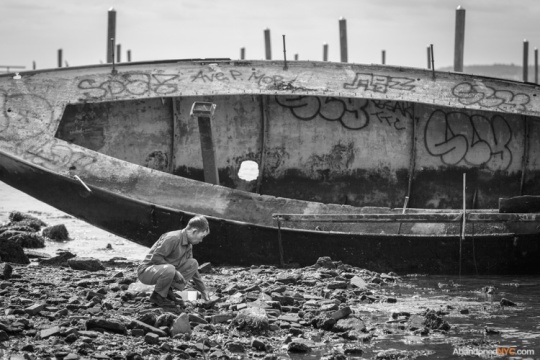 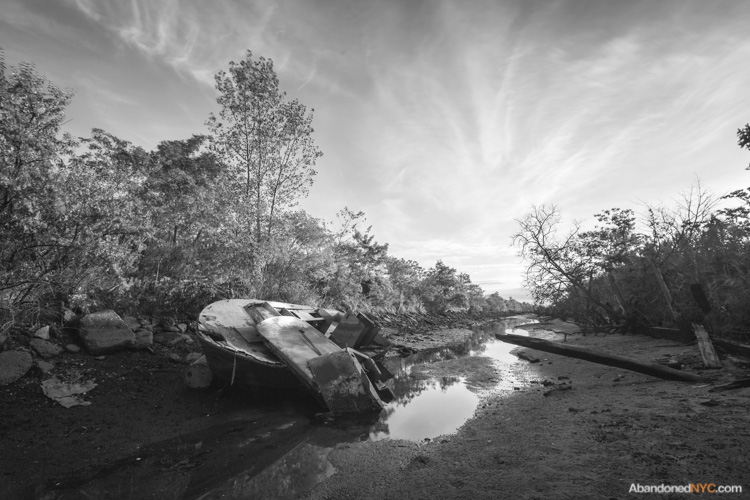 The sun sets on a creek at the north side of Gravesend’s secret park.